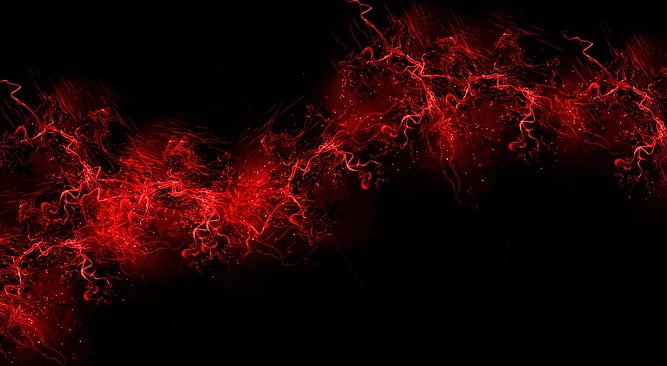 When the album “Theatre of Pain” was released in 1985, I was surprised. Never expected to see the band in spandex tights and with such a girly look. But I liked it. It was perfect for the band. I loved the raw look of “Shout at the Devil,” but visually, the “Theatre of Pain” era has always been my favorite. It was so colorful and really displayed each individual band member. When I first saw the cover of the album and the music video for the song “Home Sweet Home,” I knew I wanted to have (own) a piece of that. A piece of memorabilia, owned and worn. But how to get that was beyond me. The album itself wasn’t so powerful, but the theme and the look had me hooked. A while later, the European tour was announced. The Danish date was at the Falkoner Theatre in Copenhagen, on February 26th, 1986. I asked my brother to come with me, but he couldn’t make it. So instead, I traveled with two brothers that I used to play soccer with. Their names were Tommy and Soren. They also loved the band back then.

This day is one of my fondest memories ever. I lucked out like you wouldn’t believe. At the show, I ended up on the first row, right between Nikki Sixx and Vince Neil. You have no idea how cool it was unless you experienced it yourself. To see them in their outfits was awesome. I remember most Vince’s sex appeal and his strutting. He looked hot. No wonder the chicks offered themselves freely to him. Hell, even I would. Haha…
Sixx, his powerful look and bare feet on stage. Handling his bass guitar like a live wire. Mars, he was quiet but also oh-so-loud. I had heard many say that he was weird, but I didn’t agree with that. He was more mysterious. Lee, he was the power beater. The backbone of the band. When we were introduced to his drum solo, where he was up on a drum riser spinning in a 90 degree angle, I could swear I was the only one in the arena. I was hypnotized.

KISS had just released their “Asylum” album which, just like Motley Crue’s latest release, was not that great. So there was obviously a bigger interest for the Motley Crue one, just because of the whole package with the looks and everything. I felt that KISS was too far from what I saw the band as, but then again, I think almost every 1970’s band that got into the 1980’s lost their true colors, so to speak. There was not a single band that sounded like the 1970’s anymore. It felt wrong, and too poppy. I was not a fan.

At the Copenhagen show in February, I remember the guy walking around selling the tour book, getting frustrated. There wasn’t really anyone who bought it. And the merch stand was nowhere to be found. The guy eventually gave up and left the entire lot on the floor, and of course, like hawks, all the fans were all over them. The guy was pissed, of course, he couldn’t do anything about it.

The evening of February 26th 1986 is one I will never forget. Not only because I saw the band that night, but more because it was the first time ever that I really got to meet them. Back then I wasn’t really aware of their drug problems. After the show, I got a piece of a poster that had been taped to Nikki’s microphone stand. I met up with a friend from Copenhagen, who was originally from Japan but had been living in Denmark for a few years. He spoke perfect English and asked me if I wanted to meet the band? If so, let’s go now. Let’s try at least. We went to the back door of the venue and before we knew it, we ran into someone who had a backstage pass. He or she (I don’t even remember) was about to leave, and we asked if we could get or even buy the backstage pass. To make a long story short, he/she concurred. My friend went in and I have no idea what he did there, but after a little while, he came out and said, “here is the pass, you go in there. Enjoy. I have to leave.”

Um, ok. I was very doubtful, but was not going to let this chance pass by. One of the gear trucks was backed up all the way to the door, and the roadies were busy taking down the stage. I could see Tommy’s drum set in the truck. And on it, hanging from the snare drum, was the little stuffed animal, the “Mighty Mouse” that so often has been documented in pictures. I was so close to jumping into the truck, snatching it. Guess if I did? Absolutely no one was around. No, I didn’t. I was shit scared of what would happen if I got caught. So - wherever that thing is today - well, let’s just say it didn’t end its days in Denmark.

I went inside with the backstage pass taped to my clothes. I still have it. I passed a few people on my way, and was stopped by a huge guy. Inside, I freaked out a little bit, but just showed him my jacket where my pass was. “Ohh, okay,” he said, nodding and letting me pass. I will never forget those words.

I passed a few doors, and all of a sudden I was in the dressing room facilities at the Falkoner Theatre in Copenhagen, with the four guys that had rocked my world for a good long time.

I remember Vince was the first of the band members to notice me, saying, “Hey, dude, enjoyed the show? How did you get in here?” They were all about to hit the shower, which at this particular facility, was a shared one. Normally, they each had their own dressing rooms. They talked to me on and off, asking me if I was from the area, and if I had any ideas where to go for a good night out. What the hell…? I wasn’t a party guy, in fact, that was the very thing I had dropped because of my love for the band. How ironic!

The band members offered me a ride back to the hotel. They were picked up in taxis. I went with Vince and Tommy. Their hotel, the Ritz, was just across from the Central Station in Copenhagen. Before we left, I grabbed Nikki and Mick’s used stage towels, smeared with make-up. How cool is that? I was still a shy kid. So I didn’t say much. When we arrived at the hotel, I was invited to go in with them. I only went to the lobby. It was cool, but so unreal and not really me. I know, but before you attack me, let me say this: Have you ever experienced something that made you feel like you were in the middle of your favorite movie? That is what this was like for me. In a strange way, I couldn’t really take it all in. Some of the band members came down to the lobby, all ready to go out. And they asked me if I wanted to join. Believe it or not, but I turned down the offer. I had a long way home and I was tired and cold. Another ironic thing is that once I left the hotel, I stayed out there, by the curb, waiting to see them return. I don’t know the temperature outside, but I know that I’ve never been so cold in my entire life. I stood outside for a good while, but they didn’t come back. So I took the 5 AM train home. The trip took a little over 5 hours. I spent the next few days in bed, sick as a dog.

The Theatre of Pain tour in Europe seemed to be a success. At least to me it was. And I have to say that, apart from the Red, White & Crue tour of 2005, I haven’t got better memories from a tour than this one. No, not just because I met them. But the tour, the show, the stage, the outfits… I loved it. I still do.